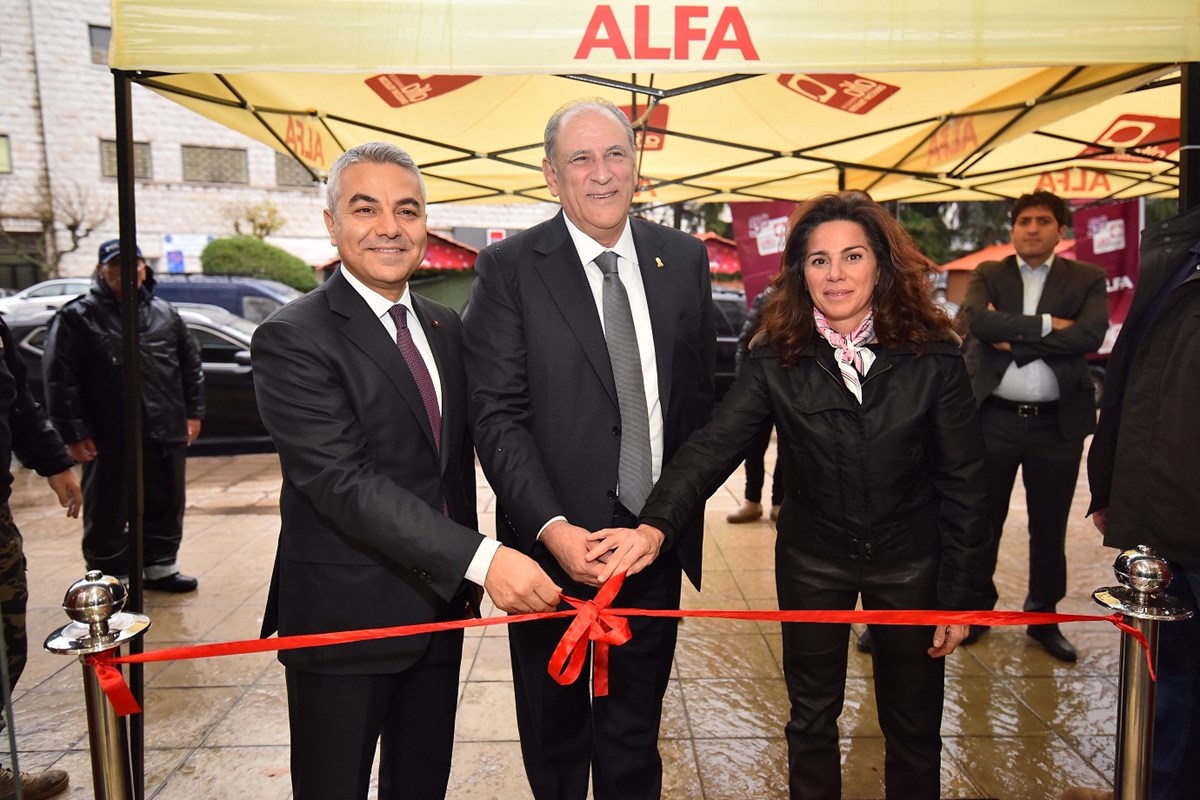 Beirut, Lebanon, 19 December 2018: Alfa, managed by Orascom TMT, opened its new Store in Bekfaya, the 13th store in Lebanon, as part of the expansion plan it launched in 2018 to strengthen its presence in all regions and keep pace with technological progress within the flagship concept. The opening was attended by His Excellency the Minister of Telecommunications Jamal Jarrah, Alfa Chairman and CEO Marwan Hayek, the Head of the Municipality of Bekfaya Nicole Gemayel, and dignitaries from the region.

Hayek
“This is the sixth new Alfa Store branch that Alfa opens,” said Hayek. “Previously, the branch closest to Metn residents was the main store at Alfa head office in Dekwaneh and before that in Furn el-Chebbak, hence comes the importance of this step. Indeed, the Mount Lebanon province ranks first in terms of the number of subscribers and revenues, and the Metn region more specifically includes 10 percent of our subscribers and more than 12 percent of revenues. Although our presence here is belated, better late than never.”Hayek announced that the branch will serve about 1500 customers monthly by a staff of five people and will cover the entire Metn region, from the coastline to Sannine at the top. “Our expansion does not only focus on the Alfa stores network but also on the cellular network, as we currently have 90 stations in this province to which 20 more will be added as part of the ongoing expansion plan we launched in early 2018 aiming to add 500 stations in all of Lebanon. The Metn region will also have a big share of the 5G technology that we tested in 2018 and that we will launch commercially in 2019, as there are numerous heavy users looking to try all the novelties in the world of technology,” he said.Hayek concluded, “We will continue to implement the expansion plan, which we setwith Minister Jarrah’s blessing and support, and we will soon open other branches of Alfa stores in Jbeil, Solidere, and other areas.”

Jarrah
For his part, Minister Jarrah stressed the importance of Alfa’s new strategy, which is supported by the Ministry, and which is based on direct contact with citizens. He said that this phase will cover most areas according to the number of subscribers or revenues to better serve customers and consolidate their relation with the company, which is necessary because of the many offers Alfa provides to customers. He praised the professionalism of the Alfa team in dealing with subscribers and spoke about the need to support startups through the development of the economy and the advancement of the country. In the end, Minister Jarrah thanked Hayek for the meticulous implementation and for his efforts to serve the country’s interest.