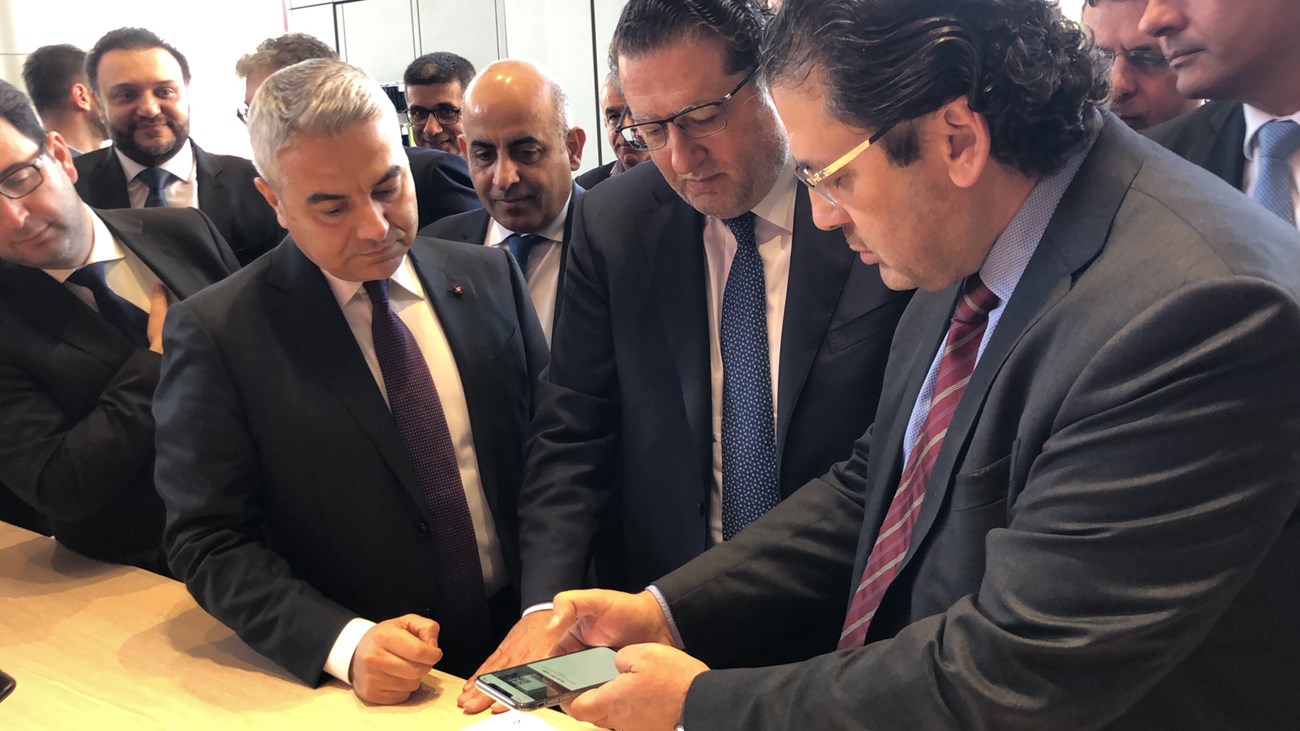 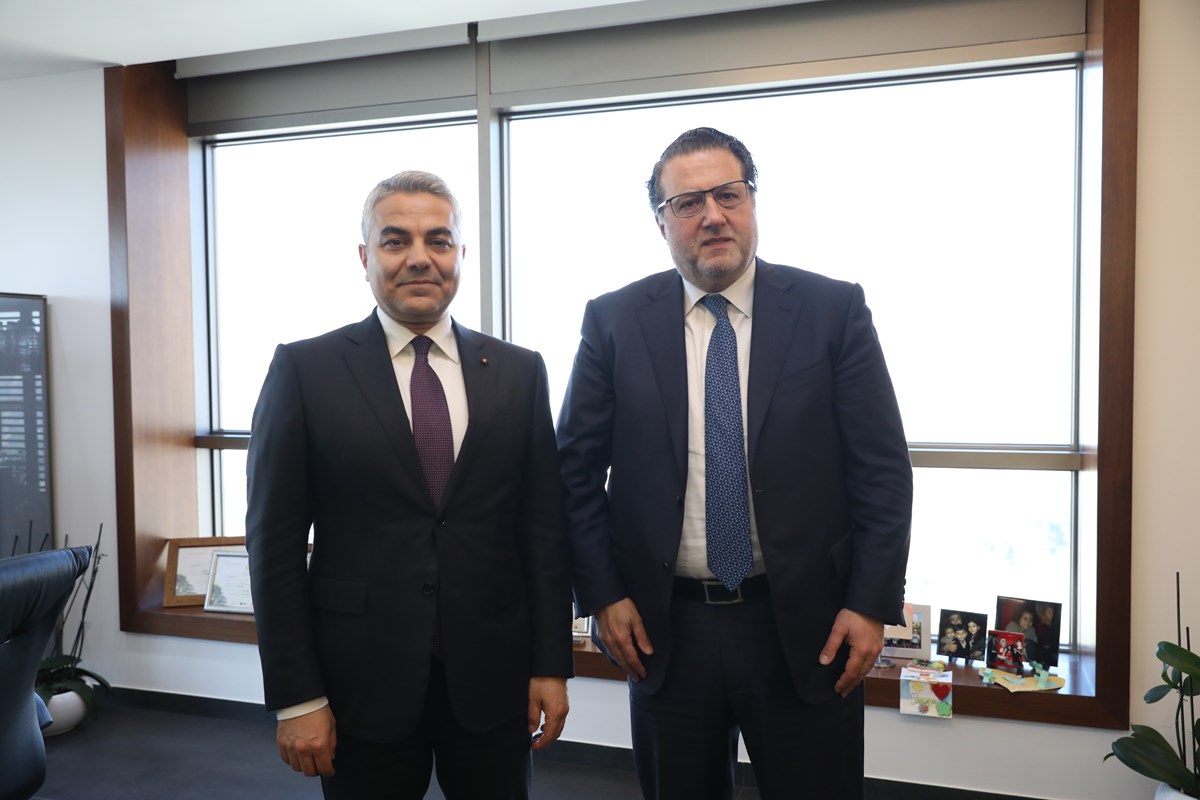 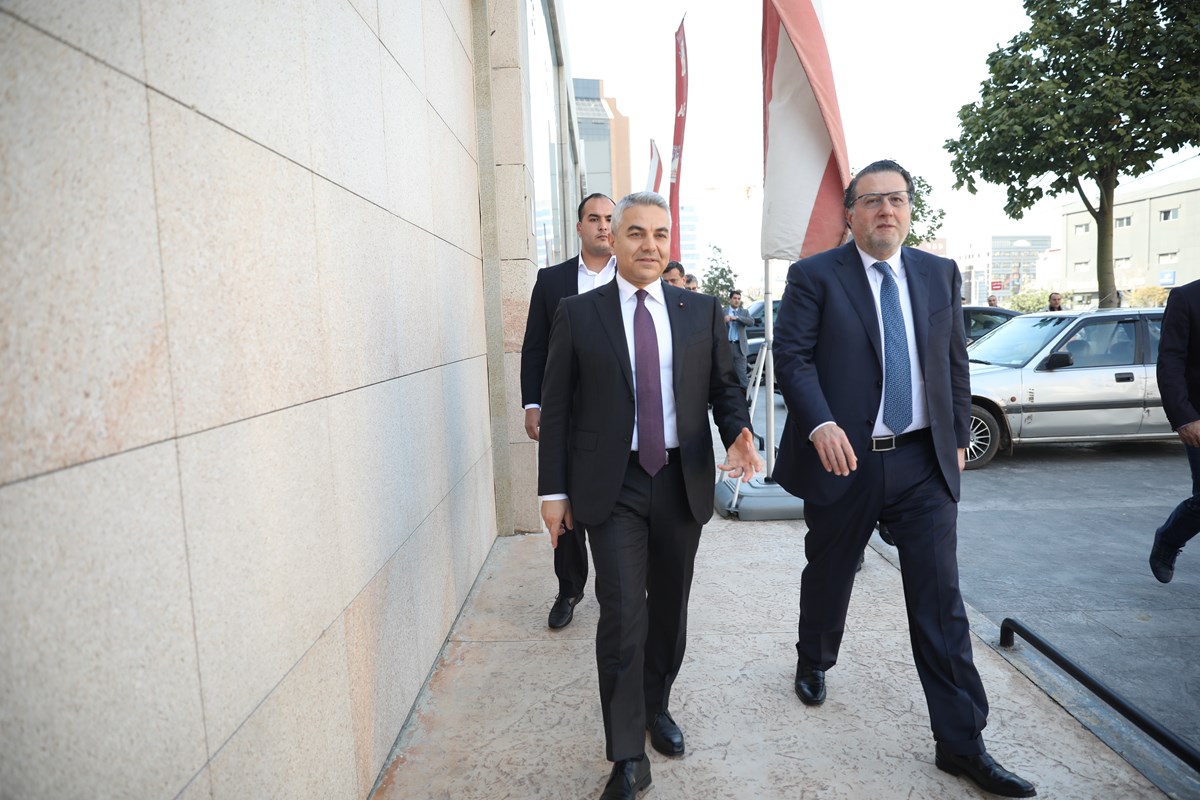 Beirut, Lebanon, March 20, 2019: Minister of Telecommunications Mohamed Choucair visited Alfa headquarters in Parallel Towers, Dekwaneh, where he was received by Alfa CEO and Chairman Marwan Hayek, the Board of Directors, and several members of the staff. This visit, the first of its kind, by the minister was aimed at getting acquainted with the company and its services in addition to relevant technological progress and future plans.
Minister Choucair’s tour included a visit to the Alfa Flagship Store, the Network Operations Center and the Data Center, after which he met with the management and staff. During this visit, Alfa launched the eSIM service for the first time in Lebanon, which allows subscribers to activate their number by scanning a barcode without needing an actual SIM card. This comes as part of Alfa’s strategy to transition into a digital operator.
Hayek
Hayek welcomed Minister Choucair and congratulated him on assuming office at the Ministry of Telecommunications. He affirmed Alfa’s readiness to complete its plans to modernize the network and continue to keep abreast of the latest technologies and services.
Choucair
Minister Choucair thanked Alfa’s management for its warm welcome and praised the progress in the work and performance of the company and its employees, emphasizing his support for all development plans that aim to modernize both the network and the services. He added that the difficult financial situation in the country urges everyone to reduce costs, stressing the essential role of the telecommunications sector as the main driving force of the national economy. He also wished Alfa further progress and success.