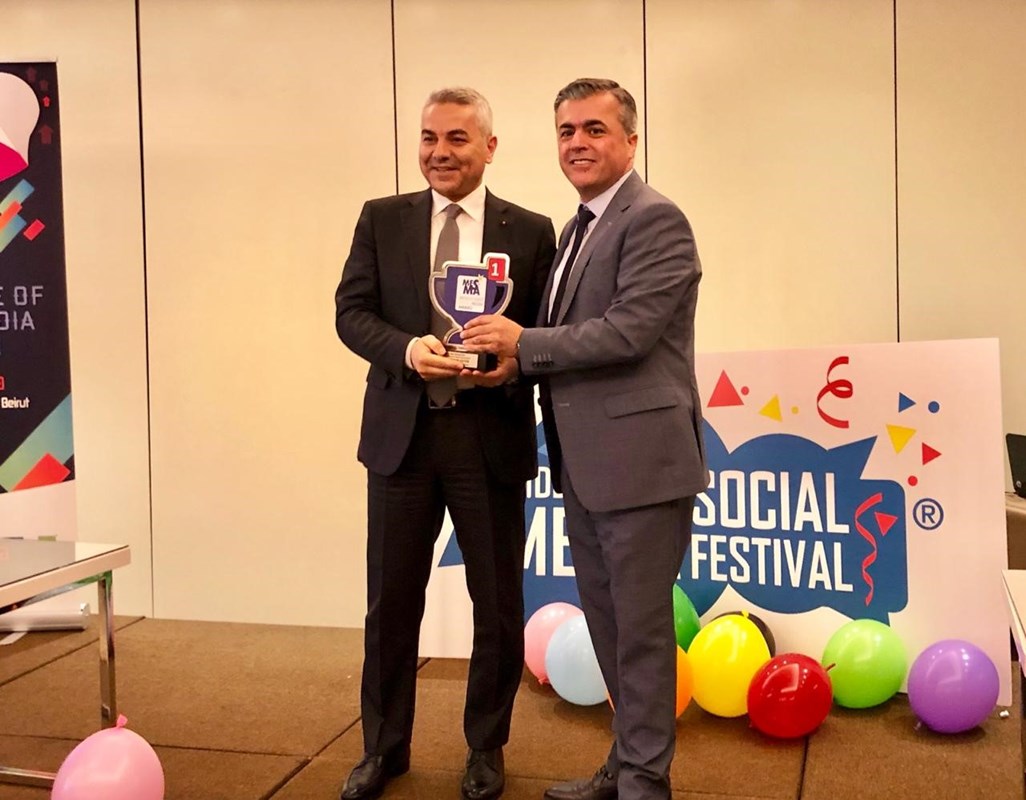 Beirut – Lebanon, April 15, 2019: Alfa Chairman and CEO Marwan Hayek won the Best Social CEO Award at the Middle East Social Media Festival 2019 that was held in Beirut. The award was offered to Hayek after obtaining the majority votes of 2000 marketing and communication experts who were surveyed for a month.
The award was launched this year to reflect the importance of each executive’s effective digital presence in view of the significant increase in the use of social networking platforms.
The result of the vote was decided in view of Hayek’s commitment to interact personally and on daily basis with followers in order to better serve customers.